3 Techniques To Opitimize Your Mobile SEO 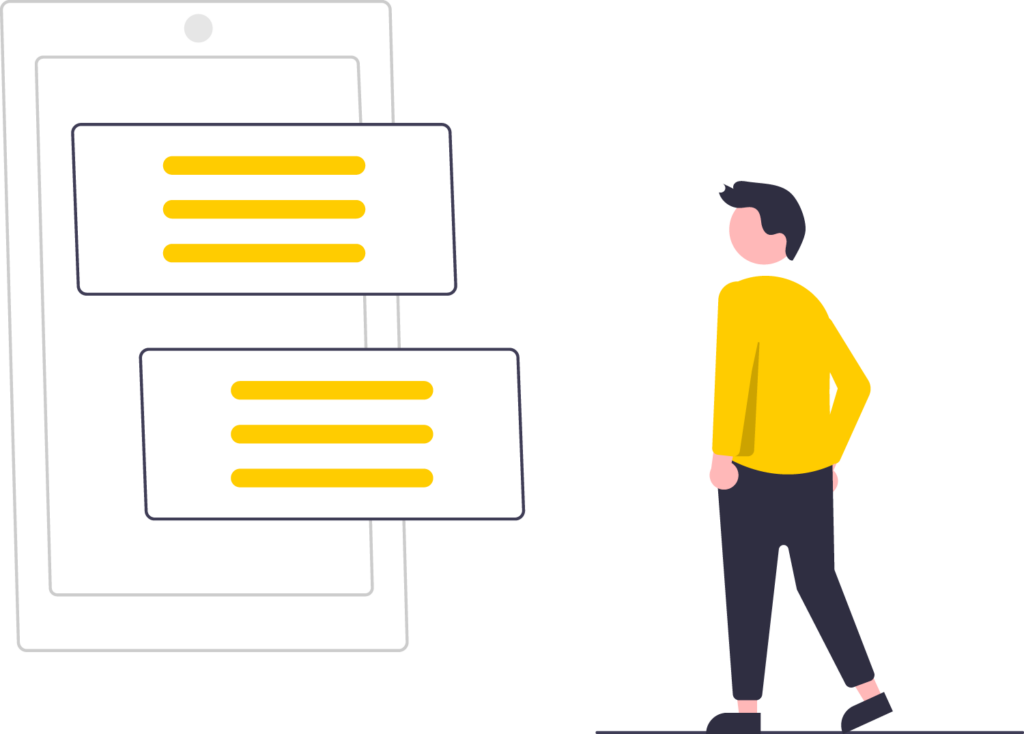 58% of searches on Google are conducted from mobile.  27.8 billion more searches are conducted on mobile compared to desktop. Don’t miss out on organic traffic by having a site that isn’t mobile-friendly. Have our team of Mobile SEO consultants help you get mobile-based traffic to your site.

Claim Your FREE Mobile SEO Audit, There's Nothing To Lose. 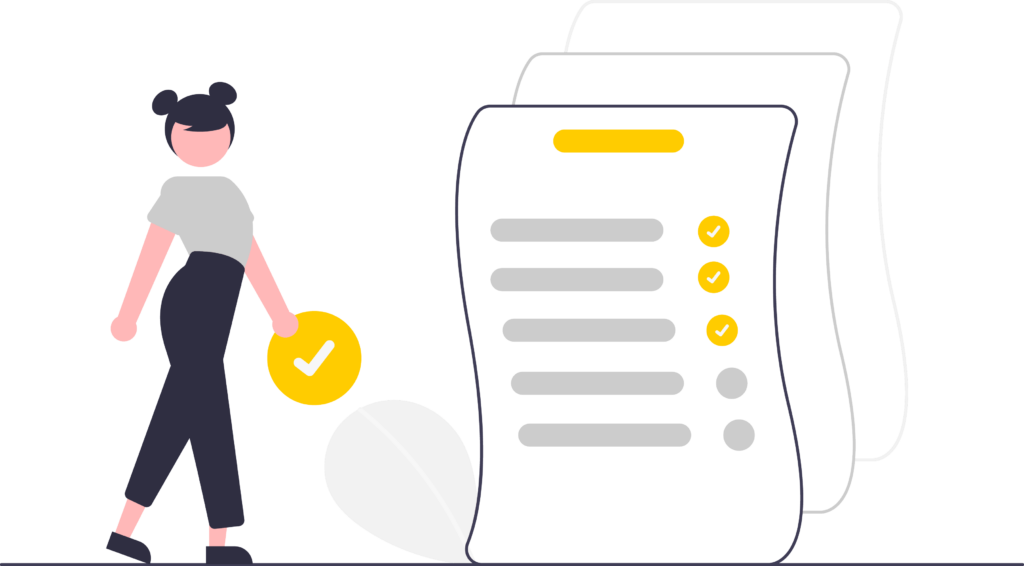 Combing over 5 years of Mobile SEO experience, our globally diverse team will break down your current metrics, then implement sound tactics designed to improve your SEO through our bespoke Mobile SEO optimization services. Our mains areas of focus would be:

Our mobile SEO experts will conduct a comprehensive technical SEO audit of your mobile site to explain what actions we can take to boost your rankings.

50% of Google queries will be voice searches by 2020. Therefore, as part of your long-term SEO strategy, we’ll incorporate natural language keywords.

Nowadays, people are using devices such as Google Home and Amazon Echo to conduct searches. We can optimise your website for virtual assistants.

Talk is cheap, so we don’t just say what we can do – we can show you! Our SEO campaigns have a track record of not just ranking our client’s sites on page 1 of Google but much more besides. You can expect an improved user experience, more traffic, better conversion rates, increased brand awareness and more.

What Our Clients have said about our SEO Agency.

Here at Pearl Lemon, we can help your company grow.

The campaigns led to an influx of new listings as well as buyer leads. Pearl Lemon responds quickly to inquiries and communicates effectively with the internal team. The team is hard-working, knowledgeable, and easy to work with.
Chris Myers
Co-Owner, DVC Resale Experts
Competent and flexible, Pearl Lemon delivered successful improvements to the site. Although it's early to gauge metrics, the project points in a promising direction. They'll continue to execute effective SEO in the ongoing effort.
Gev Balyan
Founder, Ucraft
The efforts of Pearl Lemon resulted in an increase of 30% in unique monthly website traffic and grew purchases on the site. Their team was friendly and professional, emphasizing the importance of effective communication both internally and with their client to create a good final product
Aftab Sherwani
Director, Online Vape Retailer

Some Of Our Clients 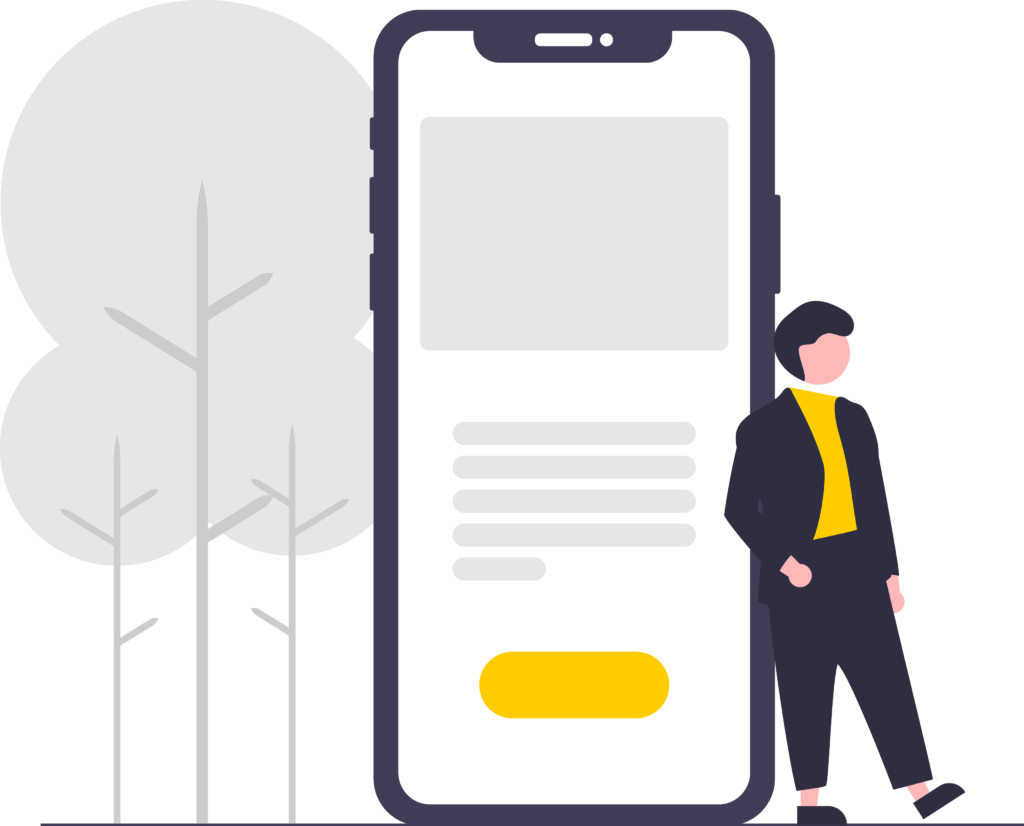 What Is Mobile Search Engine Optimisation?

The end-goal of mobile search engine optimisation or mobile SEO is to improve the organic search visibility of your website on mobiles and other handheld devices such as tablets.

It is a process that involves making sure that your site is mobile and user-friendly, whilst being easy for search engines to crawl, index and rank your site in mobile search results.

As we are a full-service SEO agency, we understand that while there are many similarities between SEO for desktops and SEO for mobiles when it comes to mobile search engine optimisation, there are a few technical elements that are specific to mobile that needs to be addressed.

Why Is Mobile SEO Important?

In short: the number of mobile searches has exploded and continues to do so. In fact, 58% of all searches in Google are now made from a mobile device.

A consumer insights report by Google states that mobile research significantly influences purchasing decisions, as 93% of the participants in the survey went on to buy after conducting mobile research.

If your site is not mobile-friendly not only do you run the risk that browsing users will immediately click away but also your position in the SERPs will be negatively impacted, even if your Mobile SEO efforts to best serve desktop users is effective. 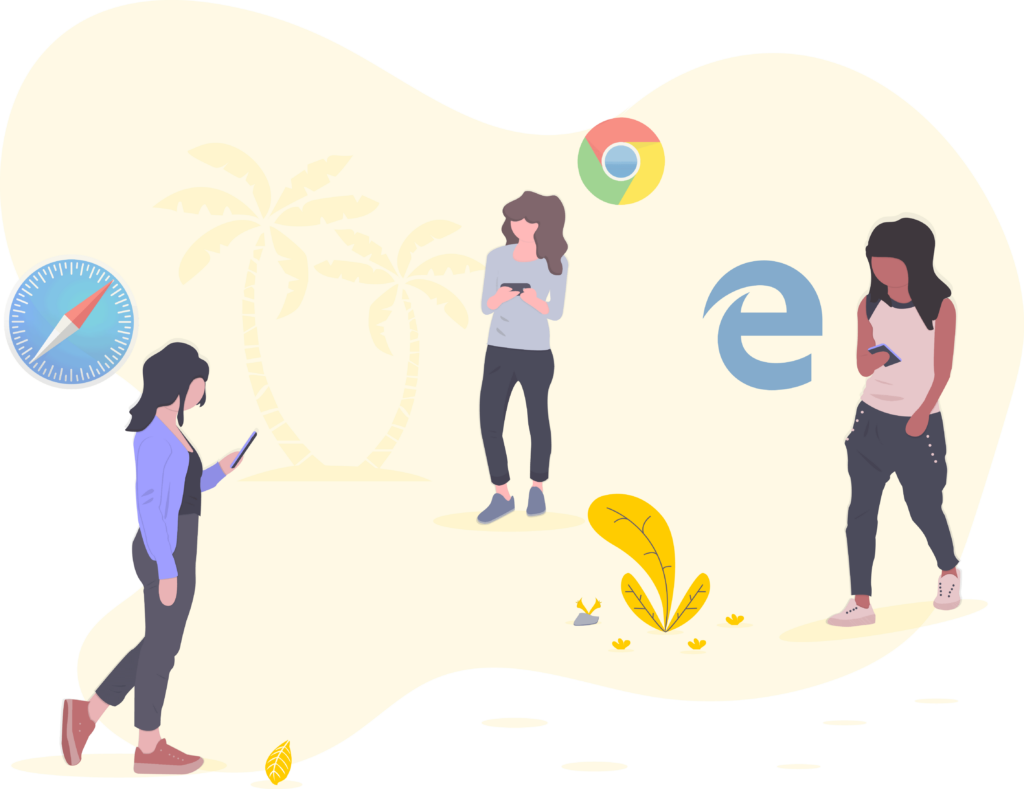 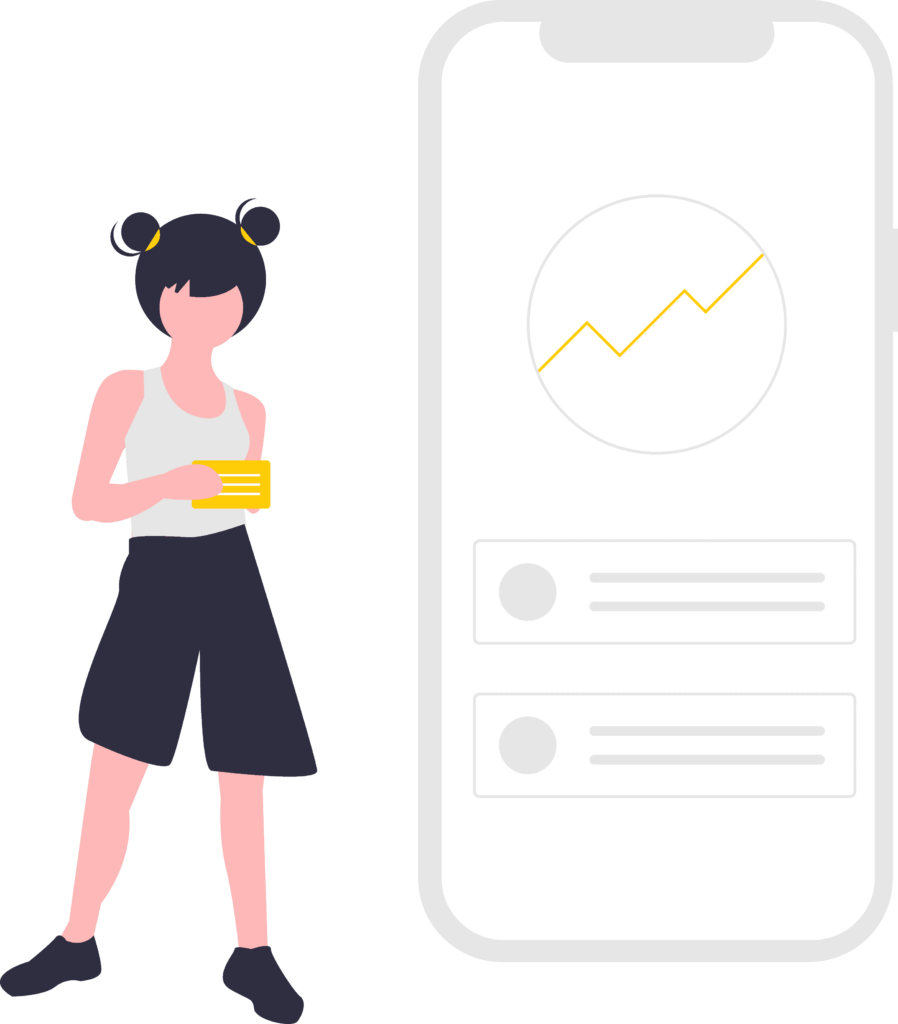 As we know, there has been a global surge in searches conducted on mobile devices, and this trend is expected to rise due to the popularity of mobile technologies and the ease of access to mobile internet.

In response to this, in early 2018, Google launched its mobile-first index.

What does this mean for you? Well, if you don’t have a mobile-friendly version of your site, the desktop version will still be indexed. However, without being optimised for mobile, your user’s experience may be negatively impacted. This is terrible for your site’s rankings as users are likely to quickly navigate away from your site onto another relevant site that is optimised for mobile, rather than pinch-to-zoom or change the orientation of their device to access your content.

So as well as having mobile-friendly SEO, it is important that you take the mobile-first index into consideration if you really want to boost your ranking, visibility and conversions.

If you Google ‘mobile SEO’, you’ll come across several comprehensive guides, checklists and overviews. As a Mobile SEO agency, with a professional team of mobile optimisation experts, we won’t just tick all the boxes.

We’ll perform a comprehensive mobile SEO audit that includes but is not limited to: mobile tracking, content, speed, user experience as well as assessing crawling, indexing and configuration signaling.

Once we have conducted the SEO audit process, we will create a bespoke SEO campaign that is underpinned by your businesses needs and goals. This means we will leverage our expertise across all areas of SEO to build and implement a truly results-driven SEO strategy. We are a Mobile SEO company that practices what we preach. 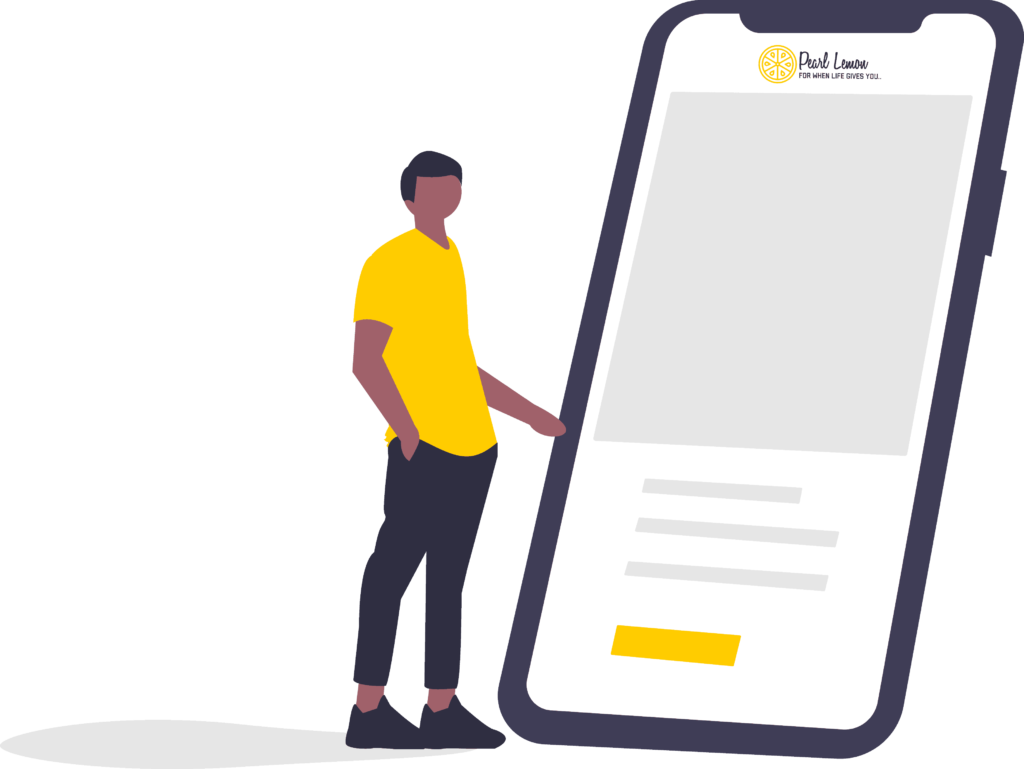 Is Your Site Optimized For Mobile & Tablet Devices?

We are a mobile first SEO agency. We’ll create a bespoke mobile search engine optimisation strategy to ensure that your visitors have an excellent experience on the mobile version of your site! 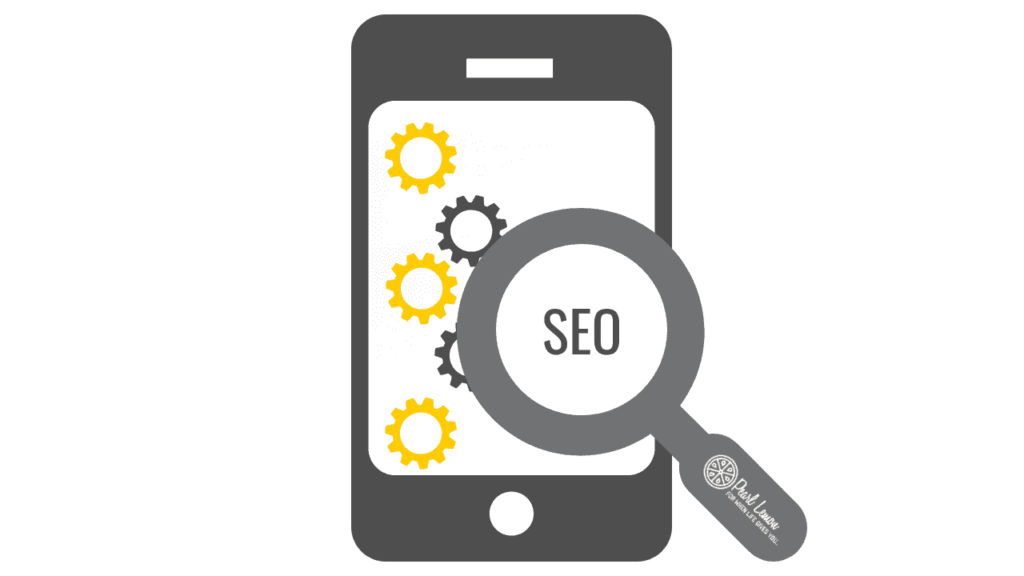 How to do mobile SEO?

To do mobile SEO you need to start  with your business’s local SEO. Many mobile users will do voice searches looking for shops near them, so you want to be sure that you spend time focusing on your local SEO and ensuring that your site is set up to be mobile friendly. In addition to this, you will need to be sure your site is easy to use, separate mobile URLs, and mobile-specific content.

What Is Google’s Mobile-First Index?

Google’s Mobile-first Index ranks search results based only on the mobile version of the page. And yes, this occurs even if you’re searching from a desktop. Prior to this update, which began rolling out in March 2018 and is now fully implemented, Google’s index would make use of a mix of desktop and mobile results.

Not necessarily. Google prefers websites that offer an excellent user experience for mobile users. While responsive design is an efficient way to begin achieving that goal is is not the only option.

What you should know is that, unlike just a few years ago, Google does frown on separate mobile-only sites. They want to see a single site that offers a great experience for everyone, no matter what device they are browsing from, one that offers the same seamless experience for a user that accesses it from their desktop at home in the morning and then again from their smartphone at lunch.

How Do I Know if My Site is Mobile Friendly?

Easy, Google will tell you. As long as you have Google Search Console enabled for your website (which really is a must anyway) any serious issues will be pointed out to you there. If you want to do an immediate test, however, to look for the smaller things that will improve your site’s SERP positioning, head to Google’s own Mobile-Friendly Test Tool. Input your URL and you will be given a basic score and then if you head to GSC a full report which will include suggestions for improvement.

What Does AMP Stand For?

Another newer Google innovation, AMP stands for Accelerated Mobile Pages. It’s an open-source project that was created to find ways to help ensure a better experience for both mobile and desktop users. This video, produced by the project and Google, explains what is a slightly complicated coding process very well:

How Can I Improve my Mobile SEO?

Hire us! Pearl Lemon is the SEO agency that provides Mobile SEO London businesses and companies can trust.

By making efforts to comply with what Google wants to see from a website in terms of its mobile-friendliness. Like traditional SEO, this does encompass a lot of things. And once again, your best resource for discovering what all of those things are are the many helpful articles included as a part of the resource section of your Google Search Console.

As many of the aspects of mobile SEO are very technical, a non-techie is usually going to need some help. The Pearl Lemon team has extensive experience with mobile SEO – including the implementation of AMP pages – and can help you ensure that your site is as mobile-friendly – in terms of both UI and search readiness, as possible.

If you have any questions regarding your mobile marketing strategy, our full-service SEO agency can help you achieve your digital growth goals! Please do not hesitate to contact our CEO, Deepak Shukla directly.

If your site is already perfectly optimized for mobile, you should be good.

So if your site…

If not, you may notice a rankings drop as Google rolls this out.

If you need help figuring out your SEO, we provide Mobile SEO London agencies flock to for services.

Why Is Mobile SEO Important?

In short: the number of mobile searches is EXPLODING.

In fact, 58% of all searches in Google are now done from a mobile device. And this trend is growing fast. According to Google, there are 27.8 billion more queries performed on mobile than desktop. Needless to say, mobile is the future of search. And that’s probably why Google is overhauling their entire algorithm to focus on mobile search.

Is “SEO” Now About Optimizing for “Mobile SEO”?

Pretty much, yeah. At least if you’re optimizing your site for Google.

Today, 95% of all mobile searches are done on Google.

And for Google to retain this insane level of dominance, they’re going to tweak their algorithm so that it’s optimized for mobile users FIRST.

In fact, they already have…

First, Google rolled out its Mobile-Friendly Update (which many people called “Mobilegeddon”). This update penalized sites that weren’t mobile-friendly (for searches performed on smartphones). But if your target audience doesn’t search that much from their phone, this update wasn’t a big deal. That is until Google made EVERY search a mobile search.

How? By making their entire algorithm “Mobile-First”.

Is Dynamic Serving Better for SEO Than Having an “M.” Version Site?

Dynamic serving is better for SEO than having an “M.” version of your site. But it has issues. For example, dynamic serving sites are notorious for showing desktop versions to mobile users. You also need to constantly create different versions of your content for new devices that come out. If you don’t, your site may not recognize a new device… and show them a version that looks terrible on that device.

In short, we DON’T recommend serving dynamic versions of your pages to mobile visitors.

How to improve mobile SEO?

To improve your mobile SEO you have to making an active effort to be sure there is a mobile version of your site. Having a mobile-friendly site allows users to have a positive experience from any device, whether it is a computer, cell phone, or tablet. Many people shop on and visit sites from their phones, so it is highly beneficial to make sure your website is optimised for mobile SEO. Improving your mobile SEO also means checking the user expereince on a mobile device and ensuring your site is optimised for voice searches as well.

We'd Love To Hear From You!

If you have any questions, please do get in touch with us! If you’d prefer to speak directly to a consultant, Book a Call!